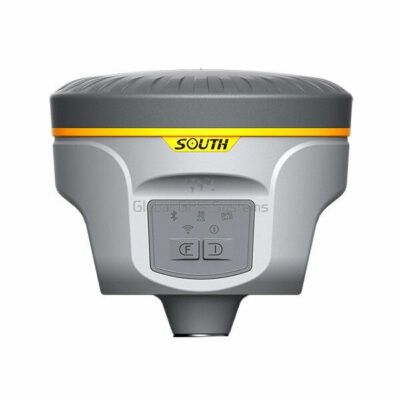 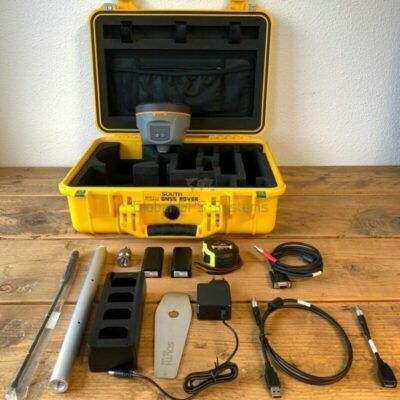 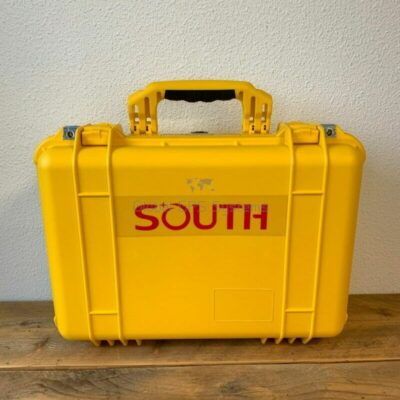 Advanced electronics and computerisation in GNSS systems have already transformed the land surveying, GIS mapping and tracking capabilities of many technical instruments, but the superb South Galaxy G1 Plus is by far the most sophisticated GNSS RTK receiver yet. Its outstanding capabilities include real-time RTK GPS positioning with an accuracy of just 10 mm and an ability to track L1 L2 L5 signals from all types of running satellite constellations. This GPS receiver provides a powerful performance for the land surveyor in the most extreme conditions. The G1 GNSS antenna is equipped with a range of highly advanced technical capabilities yet it has an interface that is remarkably intuitive and easy to use. Onboard the Galaxy G1 PLUS runs a Linux based operating system with a simplified two button control and is equipped with Voice Intelligence. This GNSS RTK receiver can also be configured in multiple languages. 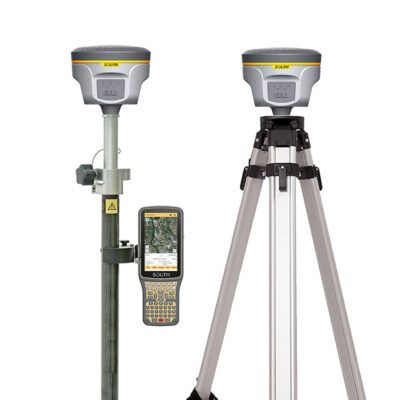 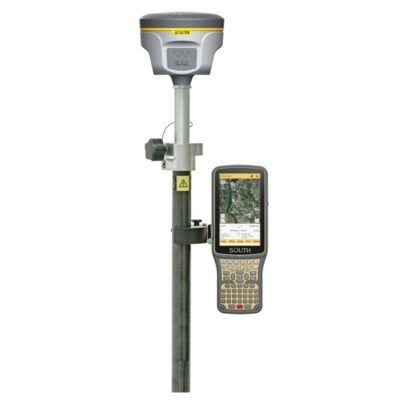 South Galaxy G1 PLUS RTK GNSS receiver is equipped with a 220 channel Trimble BD970, a 336 channel BD990 GNSS board or a 555 channel Novatel OEM729 GNSS board. Connect this GPS receiver to an RTK network and achieve centimeter accuracy in real time. Because The South Galaxy G1 PLUS supports Galileo GPS Glonass Beidou, QZSS, IRNSS and SBAS satellite constellations it is capable of achieving this centimetre accuracy in tough conditions. The G1 PLUS GPS antenna receives data from the GPS L1 L2 L5 satellites. Besides the GPS satellite it also processes Glonass L1 L2 L3 Galileo E1 E5a, E5a BeiDou B1 B2 B3. This RTK GNSS receiver is also equipped with patented advanced RF Spectrum Monitoring technology. The feature that is build in this GNSS system allows you to detect low quality satellite signals and applying filters to them to increase the overall stability. It allows you to get an RTK fix in the most inaccessible locations with poor satellite coverage.  The Galaxy G1 PLUS has a standard tilt sensor that can go up to 30 degrees tilt but it can be upgraded with an IMU tilt sensor. This makes this GNSS RTK capable for tilt surveying up to 60 degrees. Currently the IMU feature in this GNSS antenna is only compatible with the South SurvX and Microsurvey FieldGenius GPS survey software.

Unboxing the South Galaxy G1 PLUS

Versatile Communication with the G1 PLUS GNSS antenna

The G1 Plus offers a powerful level of communication that allows your GNSS receiver to talk to other GPS Systems. Through the Wi-Fi Data Link that is build into this GNSS antenna you can communicate directly to the Internal user interface. Within this user interface the user can configure his GNSS RTK system the why he likes. Wi-Fi HotSpot enables any mobile device to be connected to the internal web server of the South Galaxy G1 PLUS GNSS receiver. Within this GNSS antenna you can setup a WiFi data link and transmit the GGA and NMEA positioning data to any online server of your liking. This allows you the have the data of your GPS receiver available and ready to go whenever and wherever you need it in real time. The wireless modem includes an internal UHF radio that operates at a frequency of 410-470 MHz with a range of approximately 8 kilometres between the GPS rover and base station. The South G1 GPS receiver communicates with mainstream protocols like Trimtalk450s, South, South+, Southx, Huace, ZHD and Satel.  Connect your GNSS receiver to the 4G network which supports TDD-LTE/FDD-LTE with downward compatibility to 3G CDMA2000/WCDMA  and 2G GPRS/Edge so you can receive RTCM correction data via the NTRIP protocol from any RTK network.  Double module Bluetooth with standards of 2.1 and 4.0 is ideal for iOS, Android and Window connectivity when linking it to your GPS survey software.

Which industries is the G1 PLUS used in?

Can the Galaxy G1 track more than just the GPS satellite?

Besides the GPS satellites, the G1 Plus RTK GPS receiver simultaneously tracks all available GNSS satellites over 336 channels. They include Galileo GPS Glonass BeiDou QZSS IRNSS and SBAS . A selection of operating modes include PPK and RTK. The G1 PLUS features an initialisation reliability of >99.99%. TerraStar capability enables satellite correction in real-time through worldwide mobile and satellite SBAS networks. It uses advanced algorithms and multiple GNSS reference stations for incredible accuracy. Multiple GPS system parameters include satellite orbit, bias and clock. Real-time corrections include minimal inertia and are delivered with both centimetre and submetre level positioning. The South G1 PLUS RTK GNSS positioning accuracy is demonstrated by its code differential of +/- 0.25m + 1ppm for horizontal and +/- 0.50m + 1ppm on the vertical. Real-time Kinematic surveying is set at +/- 8 mm + 1ppm for horizontal and +/- 15mm + 1ppm on vertical. Other settings include Static GNSS surveying, fast Static, SLink and an RTK initialization time of 2-8 seconds.

This dynamic RTK GPS system can be used in the most challenging or remote landscapes in any type of weather conditions a land surveyor is faced with. The water- and dust-proof rating on this GNSS receiver is IP67 standard, which ensures it has complete protection against dust particles and can survive being immersed, at length, in water with a depth of at least 1 metre. The G1 Plus system has a stylish exterior casing of magnesium aluminium alloy that is robust enough to withstand being dropped onto concrete from a height of 2 metres while doing a GPS survey. This G1 Plus GPS system is convenient to carry as it has a weight of approximately 1 kilograms when fitted with two batteries. The receiver measures 125 mm in height and has a diameter of 135 mm. The Trimble BD990 RTK GNSS engine is powered by an optional use of one or two rechargeable lithium batteries. They provide at least 8 hours of power from one battery and more than 16 hours of use when fitted with two. The power supply of 9-25 VCD includes over voltage protection. The G1 Plus has an integral Tilt Compensator that enables slope measurements of up to 30%. This tilt sensor can be upgraded to a 60 degrees calibration free IMU sensor for optimal performance. This RTK GPS receiver provides the user with the means to work up to 20% more efficiently than when using conventional land surveying equipment. An optional electronic bell can be activated on the screen display.

Can the South G1 PLUS be used as a GPS rover?

When you don’t have access to an  RTK network you might have to setup your own South G1 PLUS GPS base and rover system in order to receive corrections. These are the accessories you might need besides the receiver itself:

6 reviews for South Galaxy G1 PLUS

Customers who viewed this item also viewed these products 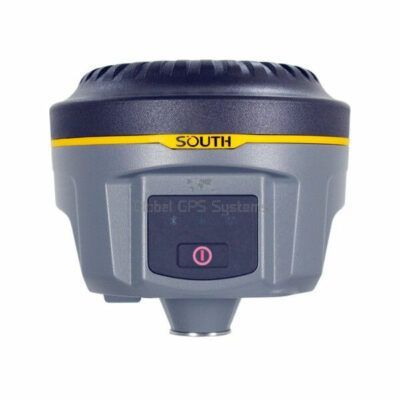 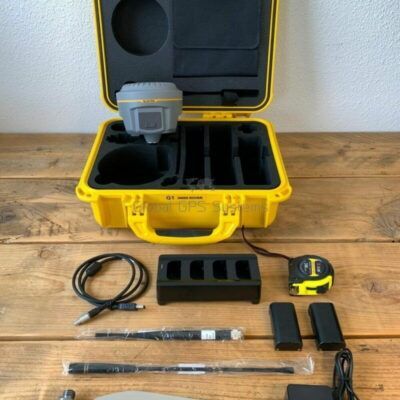 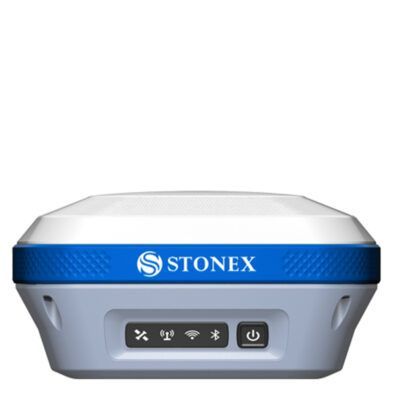 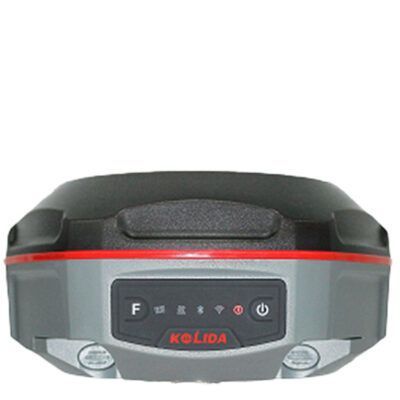 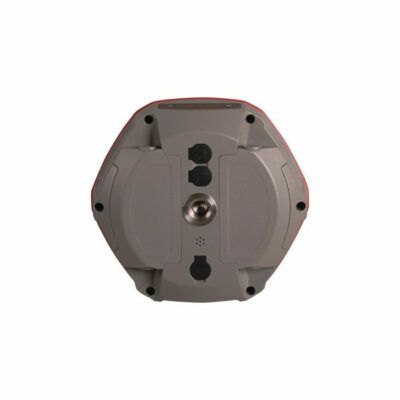 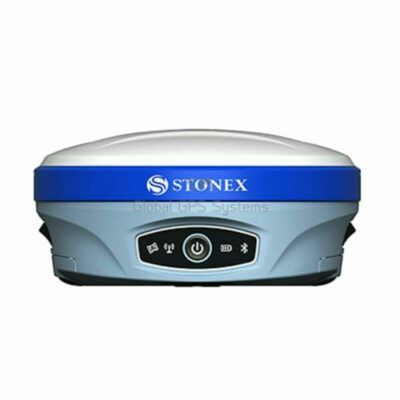 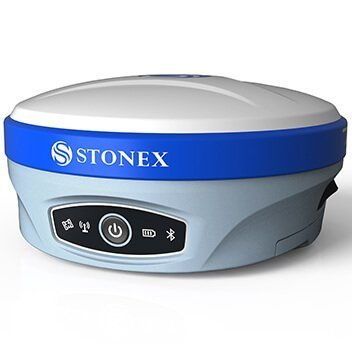 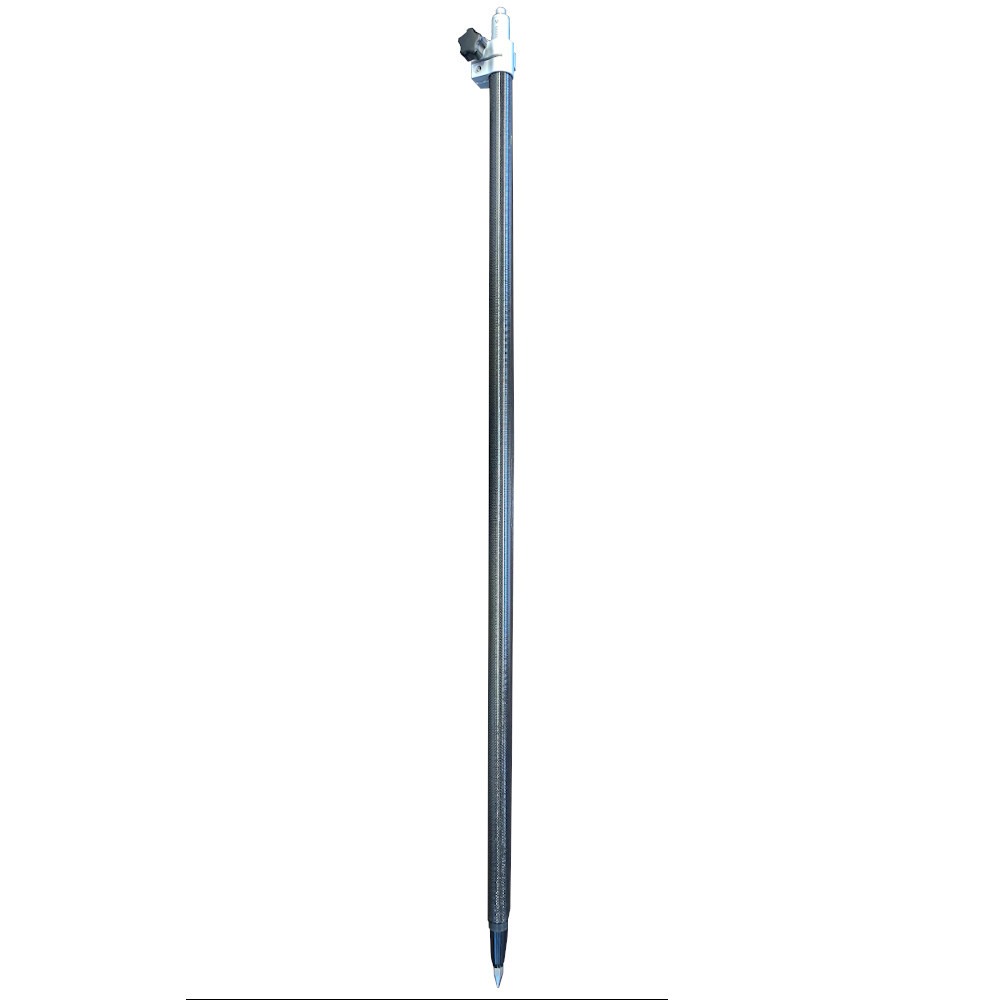 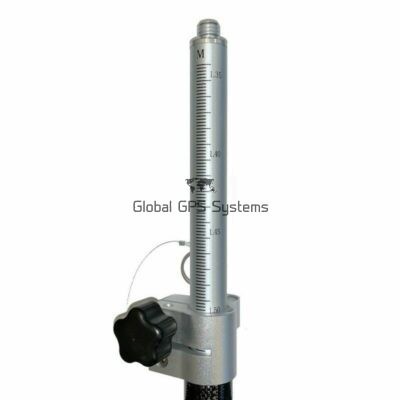 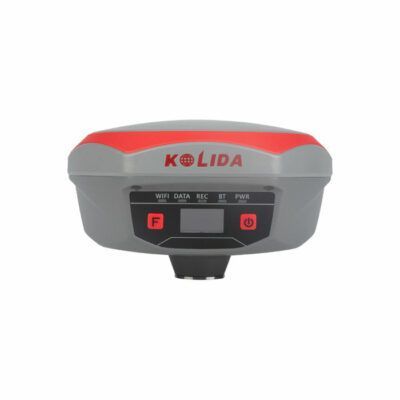 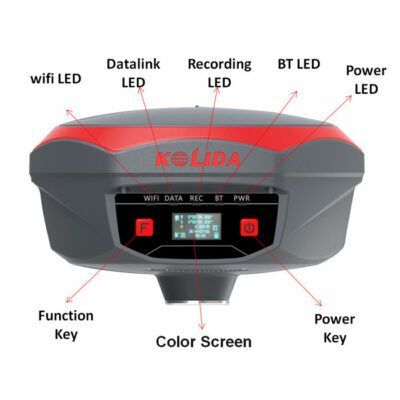 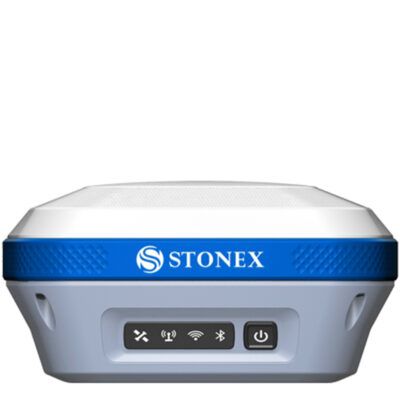 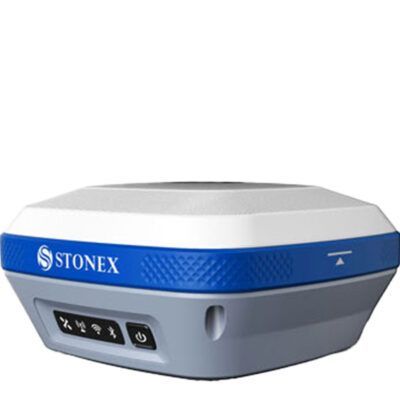 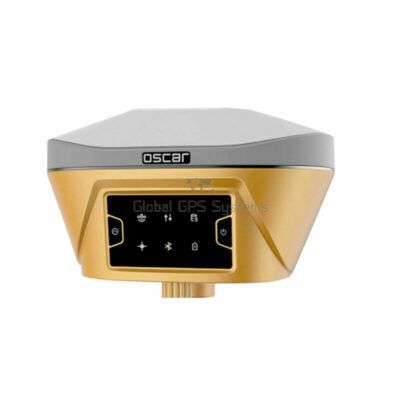