A full guide in finding the right GPS receiver for you

Finding a good RTK GPS set for land surveying or any other type of stakeout and positioning job can be difficult.

To date, most people are familiar with the Big 3 companies in this industrie which are Trimble, Leica and Topcon. however, in the past 3 to 5 years the development and technology behind RTK GPS receivers has skyrocketed and the market is slowly being occupied by more and more manufacturers.

The quality and technology is also increasingly getting better which makes the gap between well known brands and the upcoming ones smaller and smaller. The gap is currently getting so small that when manufacturers and local dealers are still asking €15.000 to €20.000 for an RTK GPS system is getting more and more difficult to justify. Especially when you can get a similar GPS system with comparable performance for a third of the price.

In this guide we will help you through the maze of manufacturers and GPS systems. To do this we will focus on a view points which we think are important when selecting the right RTK GPS set for your job.

Here is our review process in detail: 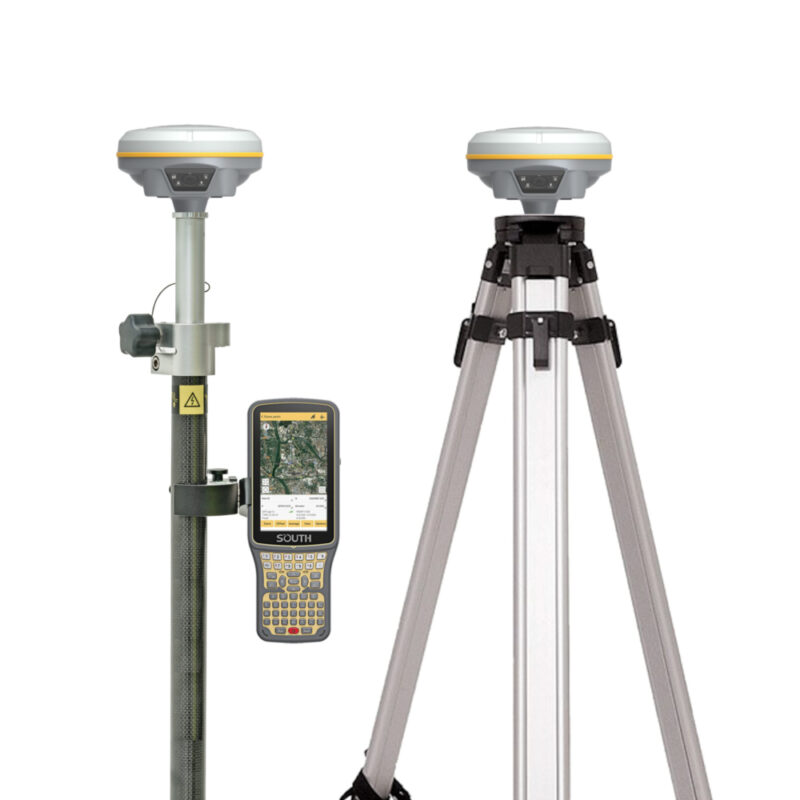 GPS surveying is getting more affordable which means it attracts more and more users without an actual land surveying background. Since the surveying equipment can be quite complex it is good to understand which component takes care of what.

A complete set consists of:

To understand what all the components do you can read this article as we think its good to first explain properly what the actual GPS antenna does.

So the GNSS antenna is responsible for the positioning. It does this by using a system of satellite constellations like GPS Galileo Glonass and BeiDou. These satellite systems provide signals from space that contain positioning data and timing data to your receiver. Your GNSS receiver will use this data to calculate its position. You can then transmit this positioning data to your data collector via Bluetooth, Cable or internet where it can then be used in your surveying software. 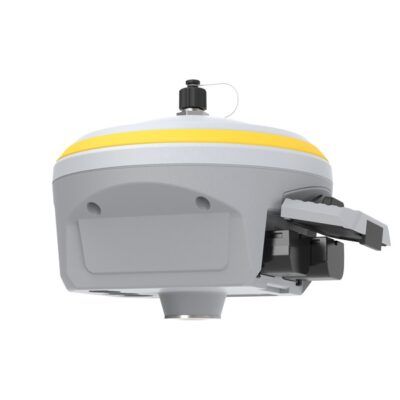 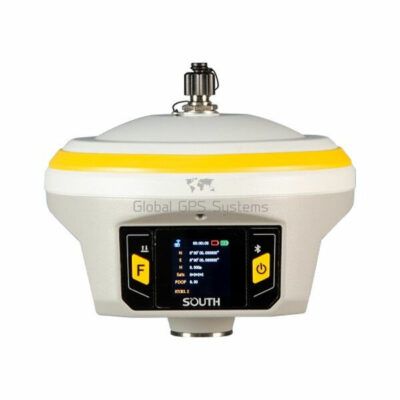 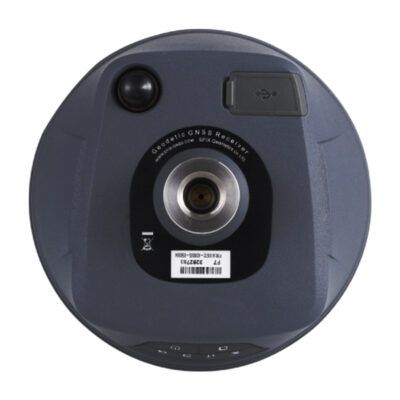 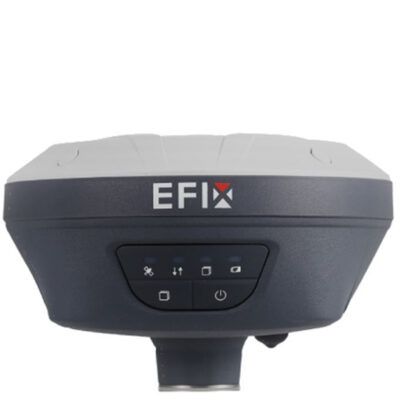 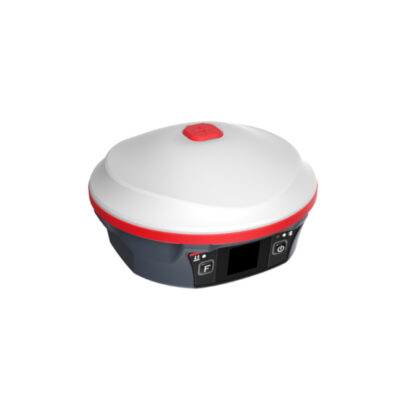 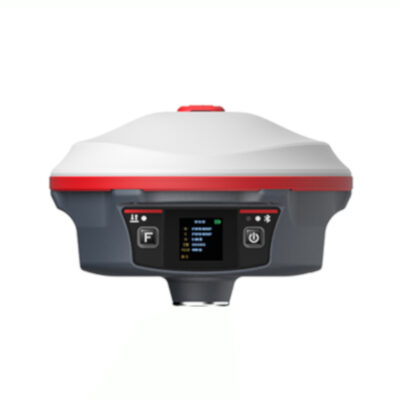 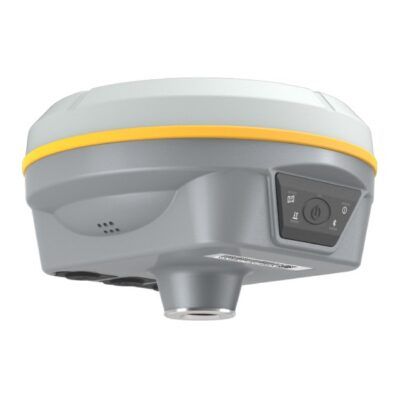 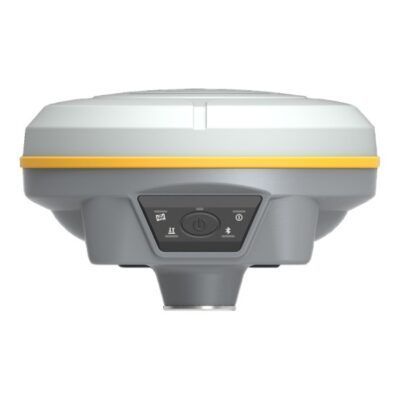 The satellite constellations your GNSS receiver can use plays a big role in the final accuracy it can achieve. It’s quite simple, the sky is filled with positioning satellites like GPS Glonas Galileo and BeiDou so the more you’re using, the better performance you will get. This is especially noticeable when working close to obstructions like trees, fences and buildings since these block the clear path to the satellites in your view.

Every positioning satellite transmits data over multiple frequencies. These frequencies are very important for the actual accuracy you can achieve. 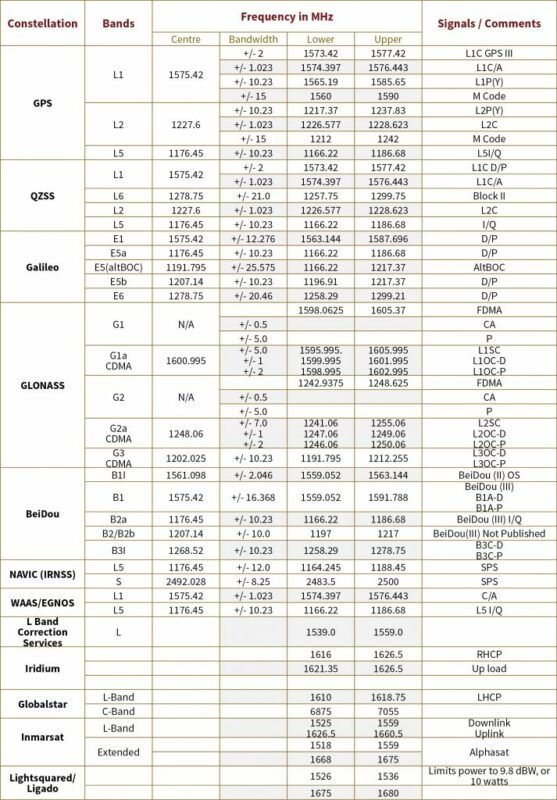 However, a lot of manufacturers use this as a marketing technique nowadays. You see receivers with over 800 channels because yes the more channels the better. But, there are only so many satellites in the sky and when you narrow it down to the actual satellites within your sky plot that you can use, the number becomes even smaller. Generally speaking, having a receiver with around 250 and 400 channels is more than enough. Don’t fall in the trap of high number channels with the thought of future satellite launches because honestly, by the time you’ll hit your max amount of channels, you’ll need to consider replacing your equipment anyways since the technology rapidly improves year by year

To give you an understanding of accuracy differences between devices you can look at the comparison below:

In the example above you see that yes, a GNSS receiver by itself (Stand alone GNSS) is way more accurate than your standard mobile phone but it is still not centimeter accurate. This has nothing to do with the brand or which manufacturer it comes from as even the €15.000 receivers can only go to approximately 1 meter by itself. So how do you become centimeter accurate with your GNSS?

The solution to this is to use correction services like RTK FIX. These provide RTK correction data to further increase the accuracy of your receiver.

Let’s first explain where the issues arise and why you need a service like RTK FIX to become centimeter accurate. Simply said, the positioning satellites we all use are in orbit around our planet and because they are orbiting in space there are a few issues we have to deal with. These are:

Since the  positioning satellites we use are in orbit, the signals they transmit will have to pass through our Ionosphere and Troposphere. The Ionosphere is electrically charged which gives an interference to the signal. The interference in this layer depends on solar activity, time of the year, time of day and location. The Troposphere is closest to the earth and interferences to the signal depend on temperature, density, pressure and humidity. All these factors make it really hard to predict. 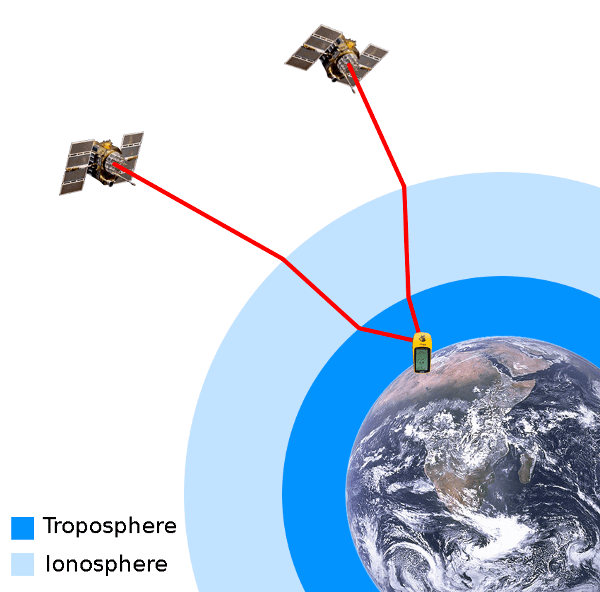 Precise timing is key to the accuracy of GNSS and is most of the time forgotten. Even with the most advanced atomic clocks onboard the satellites, the tiniest differences can have a huge impact.

Since the satellites are orbiting at a height of around 25.000 kilometers, a small 5 ns timing error can already create around a 1.5 meter deviation in accuracy.

This error is basically the difference between the actual position of the satellite and the expected position. Since your GNSS receiver uses the satellites position to calculate its own, minor orbital errors can have an effect on the accuracy of your GNSS antenna.

Now you understand a little bit more on how GNSS works and where the differences in performance come from it is good to know what impact your environment has on your receiver. The industry you’re in determines a big role as well in the type of receiver you might want to use.

As mentioned above, the performance of your GNSS antenna relays a lot on the environment you’re working in and of course your working environment again depends on which industry you operate in. One big factor in this is called “Multipath interferences”.

What are multipath errors? Multipath errors are interferences from nearby objects like trees, fences, buildings and even yourself. Multipath means that a signal from a satellite is reflected from an object. Since it is reflected it has travelled a longer distance than directly from the satellite so a slight delay in time occurs. In the previous section we have learned that even the tiniest delay in timing can have a big impact. Better performing antenna’s like dual or triple frequency receivers with multipath rejection technology can handle this pretty well. Then again it comes at a cost. The question for you is, do you need this technology?

We have to take the following questions in consideration:

To simplify, here are 2 examples:

A farmer in the agricultural industry wants to do some surveying on his land. Generally speaking the only interferences he comes across are from some random trees on his land. Does the farmer need a high powered GNSS antenna to become centimeter accurate? 9 times out of 10 no. He can most likely do his job working with an RTK GNSS receiver like the Emlid Reach RS2+.

A land surveyor however is more likely to end up in urban environments like cities where he has to map and locate pipes, cables, sewage etc. His GNSS antenna has to deal with a lot more multipath interferences like buildings, fences, trees, light poles etc. A high powered GNSS receiver like the South INNO7 is recommended in these environments. 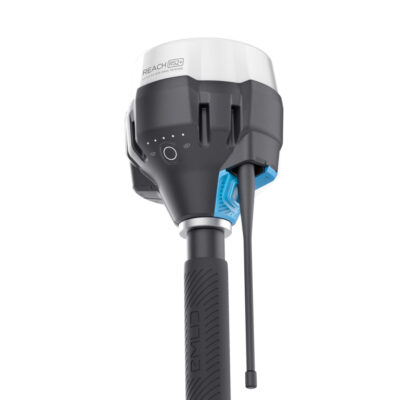 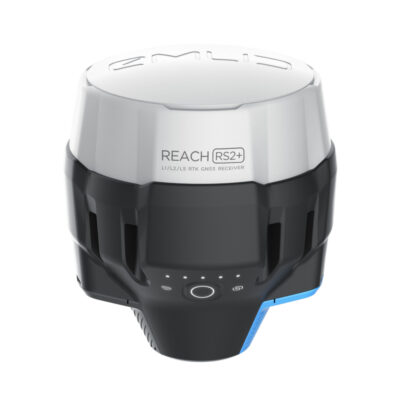 Latest Posts
Categories
On sale
About this Manufacturer